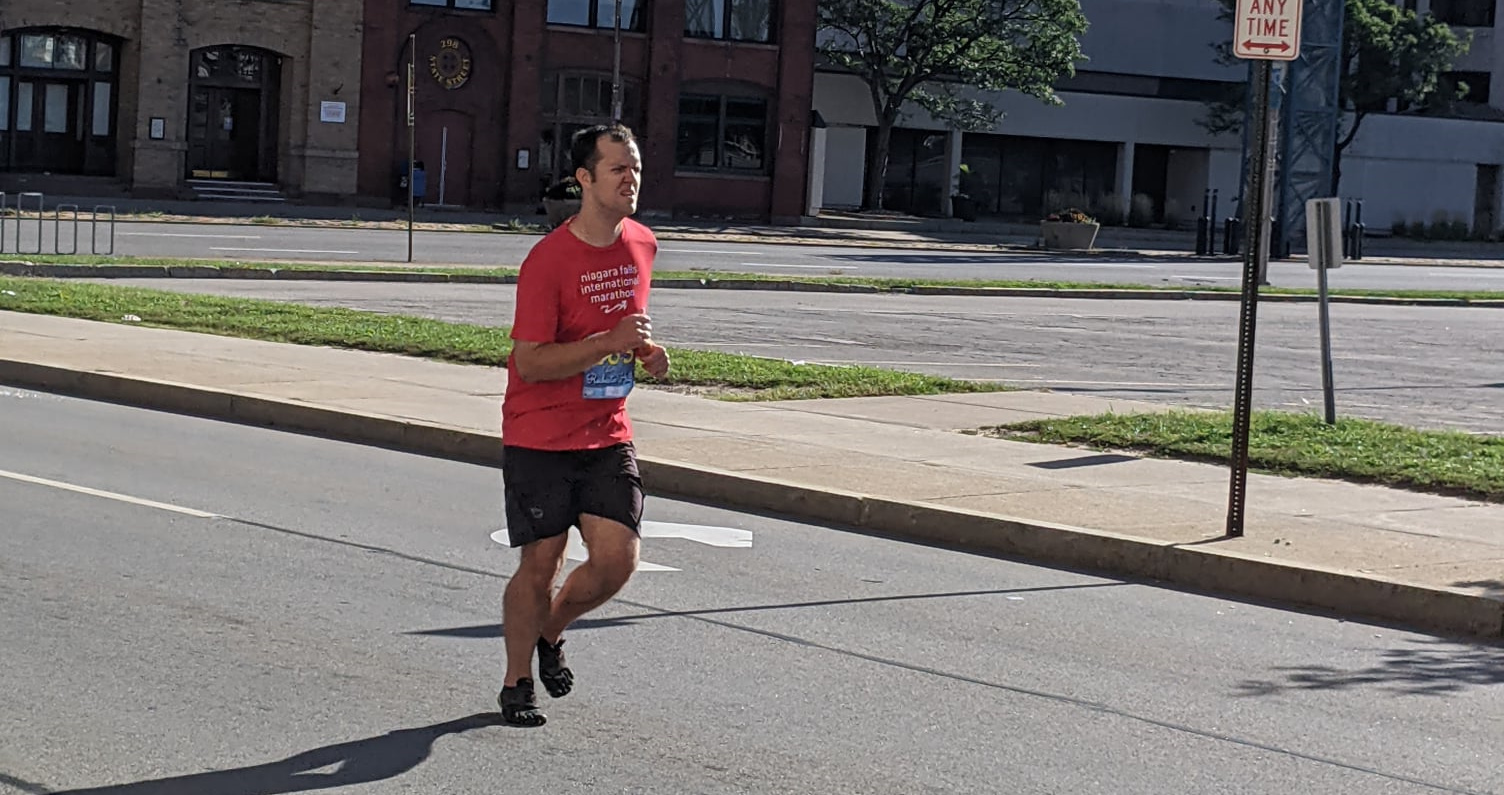 On Sunday morning I ran the Rochester Half Marathon. My time of 2:08:54 was slower than I wanted it to be, but more or less in line with where I expected to finish. I was only a minute behind my other half of the year which had been on a flatter course.

The race used covid as an excuse to cheap out, so there were no pacers or split times available this year and my pacing was based off of my best guess. Still I felt pretty good for the first four miles of the race. After that I slowed down a little, but my pace felt steady. (Although I was stopping for water which I typically don’t do for races this short). I walked the hill at 11.5 miles, but even that didn’t feel so bad this year, which perhaps is just a sign that I wasn’t pushing enough.

I haven’t yet scheduled my next race, but hopefully I run more than one in October. 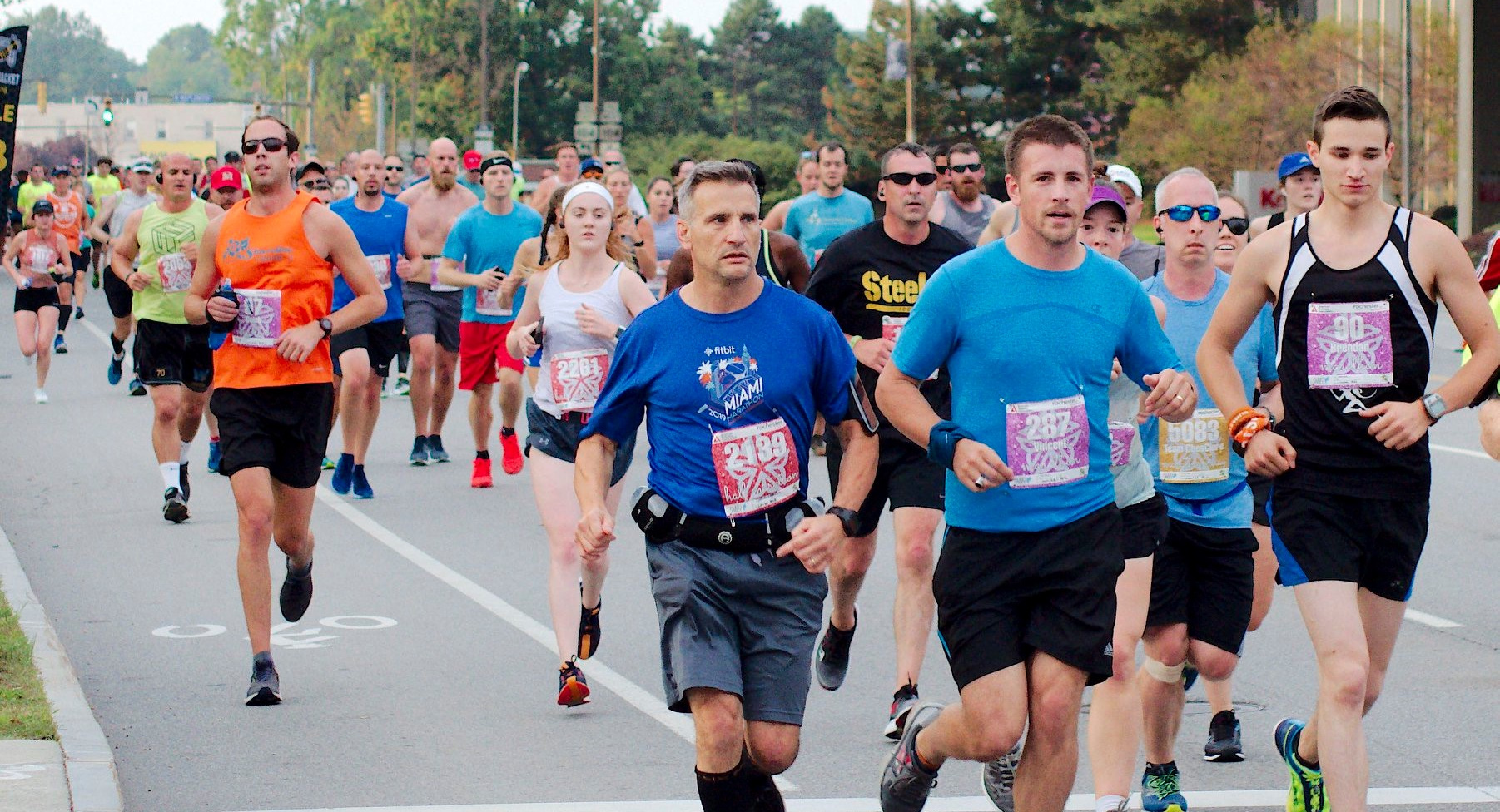 On Sunday morning I ran the Rochester Half Marathon in 2:06:17. This was slower than my time at the Flower City and Grand Island Halfs earlier in the year, but coming into this race I knew that my training was not up to par.

The race started out with me going too fast as it always does. I caught the 1:45 pace group for the first mile, but at least held back enough to not pass them. By the time I reached the first hill just before mile five I could already feel myself hurting, and knew that I was unlikely to beat my time from last year.

By mile seven the two hour pace group caught up to me, and I knew I wasn’t going to be able to stick with them for too long. I held on to them for a mile, and while I fell back after that I never completely blew up at any part of the run. I wasn’t fast, but I was at least steady. I had fairly even splits over the back half of the course, and didn’t even walk the big hill just past mile eleven.

I had hoped to finish quicker, but overall it was a fair finish for how little training I have been doing. I will have to work a few things out for my marathon which is now a little under a month away. However before that, next weekend I am running another trail race.

Half of the Rochester Marathon

The first Half-Marathon I ever ran was the Rochester Half, way back in 2013. I have ran the full marathon every year since then, but this year returned to the half. The course has changed since the last time I ran the half to include a lot more hills, but I was excited to attack a course that had required me to pace myself for the full distance.

I ran the half in 1:55:33 which is about seven minutes back from a PR, but much better than I did in the Flower City Half this spring. Overall I finished in 281st place which places me just outside the top 20 percentile of finishers.

My plan was to begin the race on pace for a 1:50 finish, knowing that the hills would slow me down later on. I felt surprisingly good at the start and ran the first 5k in 25:13 which put me on place for a 1:46 PR had I been able to keep it up. (And only six seconds behind my finish at the Airport 5k). The first two hills went ok. Knowing that I didn’t have a second lap coming this year allowed me to confidently attack the uphill portions without having to worry about wearing myself too thin. I crossed the 10k mat in 52 minutes, ironically four minutes ahead of my time from 4th of July.

The second half of the race I continued to slow down a bit, but mostly kept moving. At the final big hill, I walked a bit to drink some gatorade, but ran up the rest of it, which had always been unthinkable when running the full distance. I didn’t have any real kick left for the end, but overall I was pretty happy with my time. This was easily the best performance that I have had at a road race in 2018.

Next week I am running the Wineglass Marathon from Bath to Corning.