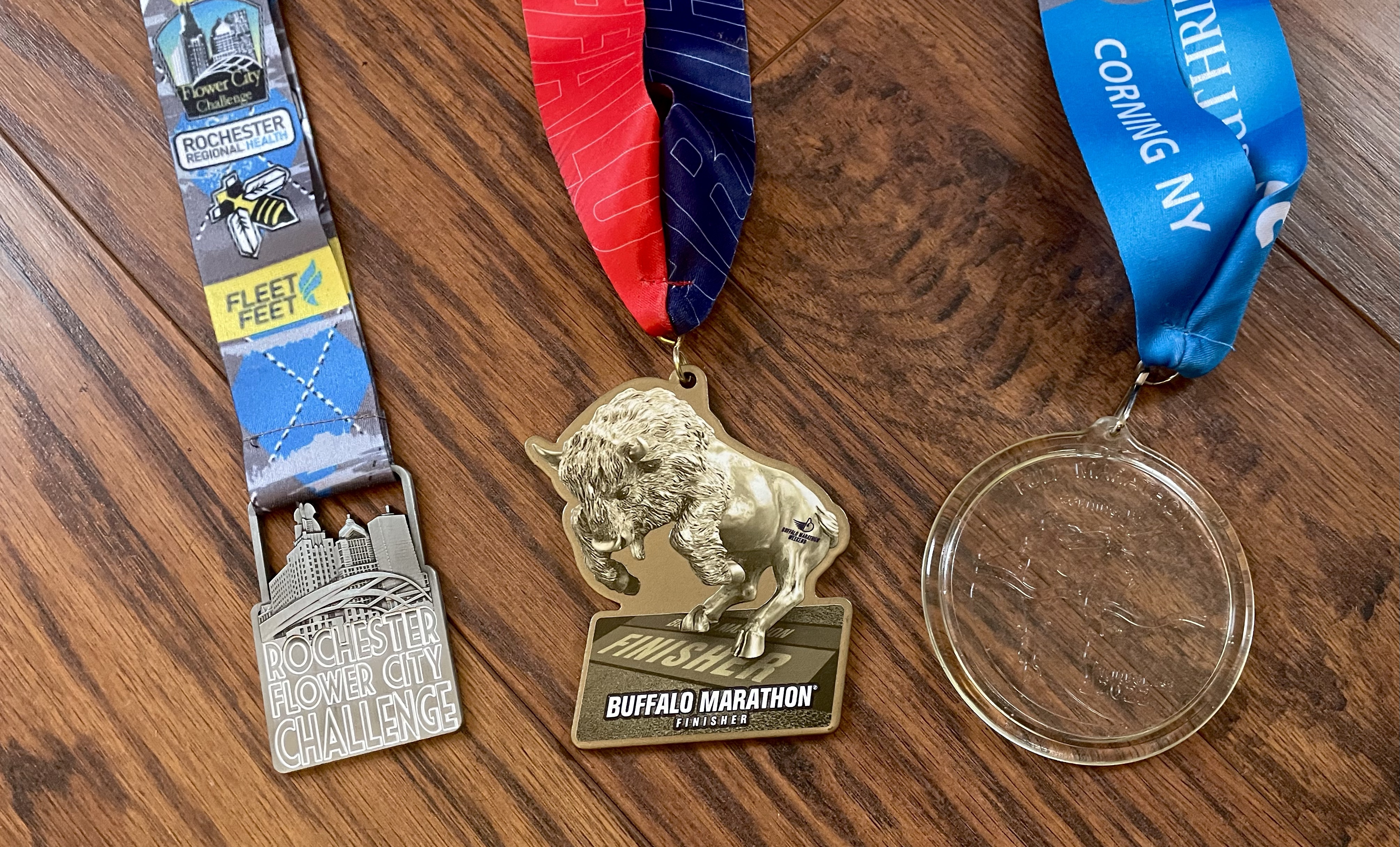 I ran 15 races this year, and while that is still significantly short of what I was running before the pandemic, it is almost as much as the past two years combined. I ran multiple marathons this year for the first time since 2019, and ran a number of new and interesting courses.

Of the six trail runs that I did this year, five of them were 10+ miles, and four of them were courses that I have never ran before.

I also saw a good amount of improvement to my speed within this year. The first two races of the year were disappointingly slow. However I finished the year with course PRs at Webster Trail and Wineglass, and followed that with my fastest 5k in four years and the quickest Turkey Trot since 2015.

Hopefully next year is mostly more of the same, but starting out in better shape in the spring, and with a plan to finally get a new marathon PR instead of just coming close.