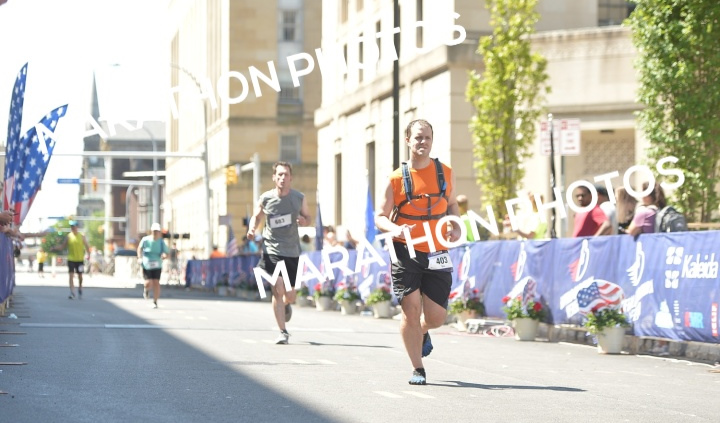 Despite being worried about my training coming in to the race, I actually felt pretty good at the start line with plans to run a slow and casual 2:15 opening half. I just went with a pace that felt good, and it wasn’t until the 4:10 pace group passed me at mile four that I realized that I had gone out way too fast. Still I was feeling good and finished the first 10k in under 60 minutes which was inexplicably quicker than my stand alone 10k race from the week before.

Knowing that I had started too fast and wasn’t really in competitive shape I kept expecting for things to blow up early, and it just didn’t happen. I finished the first half of the race in 2:10 which was quicker than my plan, and signifcantly faster than the Flower City Half I had run just a month prior.

Actually things were really feeling a lot like the 2021 Buffalo Marathon with this year’s first half being two minutes quicker.

Around the 25k mark the blow up I knew was coming finally hit. From here on the race was a struggle, oscillating between burst of energy, and feeling that 26.2 miles is far too long to go. Despite this, I mathematically remained on pace to PR all the way until mile 17.

For much of this distance I was uncertain if I would hit my goal of finishing in under five hours. I was then passed by the 4:50 pace leader at mile 24, and while I knew I couldn’t keep up with her, I was certain that she wasn’t going to beat me by ten minutes either. The final two miles were not fast, but I was at least confident through them.