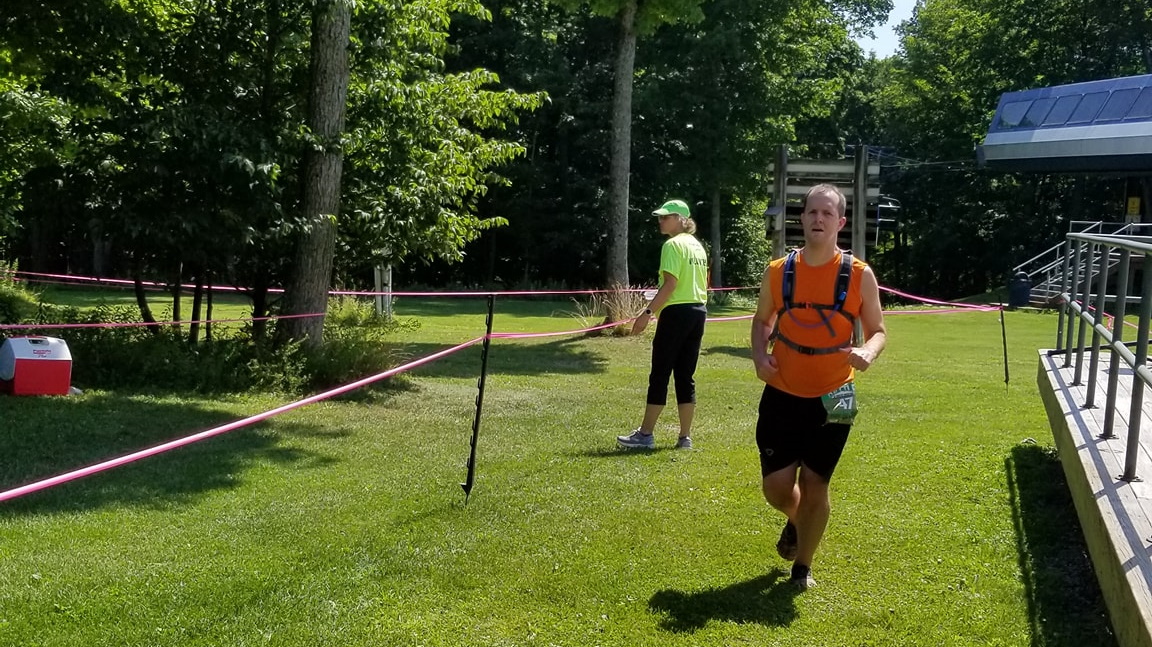 On Saturday morning I ran a half marathon up and down Bristol Mountain. My time of 6:01:26 was significantly slower than the last two years I ran this race.

The race was extremely hot from the start. Even on the first climb it seemed unlikely that I would be as quick as the previous years. Still the first two climbs and the first two downhills went smoothly. The third hill has always been the steepest, and it was difficult as always but I was expecting it and it came as no surprise.

I realized I was drinking water quicker than usual, but my legs still felt good and I even passed a few people on the course’s lone flat mile. The third downhill that gave me so many problems my first time on this course went without incident. In fact I made it through the whole course this year without falling at all.

On paper the fourth climb is the most difficult one, but in years past it hasn’t bothered me all that much. However this year it proved to be as difficult as it looks to be. Perhaps it was the heat, maybe it was because the grass has grown in on this hill. I found a walking stick to help me hike this one, and by the time I reached the top it was drenched in sweat.

I have never really liked the fourth downhill, but it was on the final uphill of the course that my race fell apart. Up to this point I was already 10-15 minutes behind my pace from last year, but still moving ok, however at this point the sun and temperature caught up to me. My body was overheating and the course didn’t have enough shade to recover. I pushed a little bit on the downhill to finish the lap at 3:54.

With my time out the window, and simply pushing on to avoid the DNF I walked the 5k lap and even stopped to rest a time or two. This gave me a second lap of 2:07 which was a full hour slower than last year.

My next two races are both on the trail again with the Letchworth Dam Good on August 11th, and the Black Creek Dirt Cheap on the 14th.