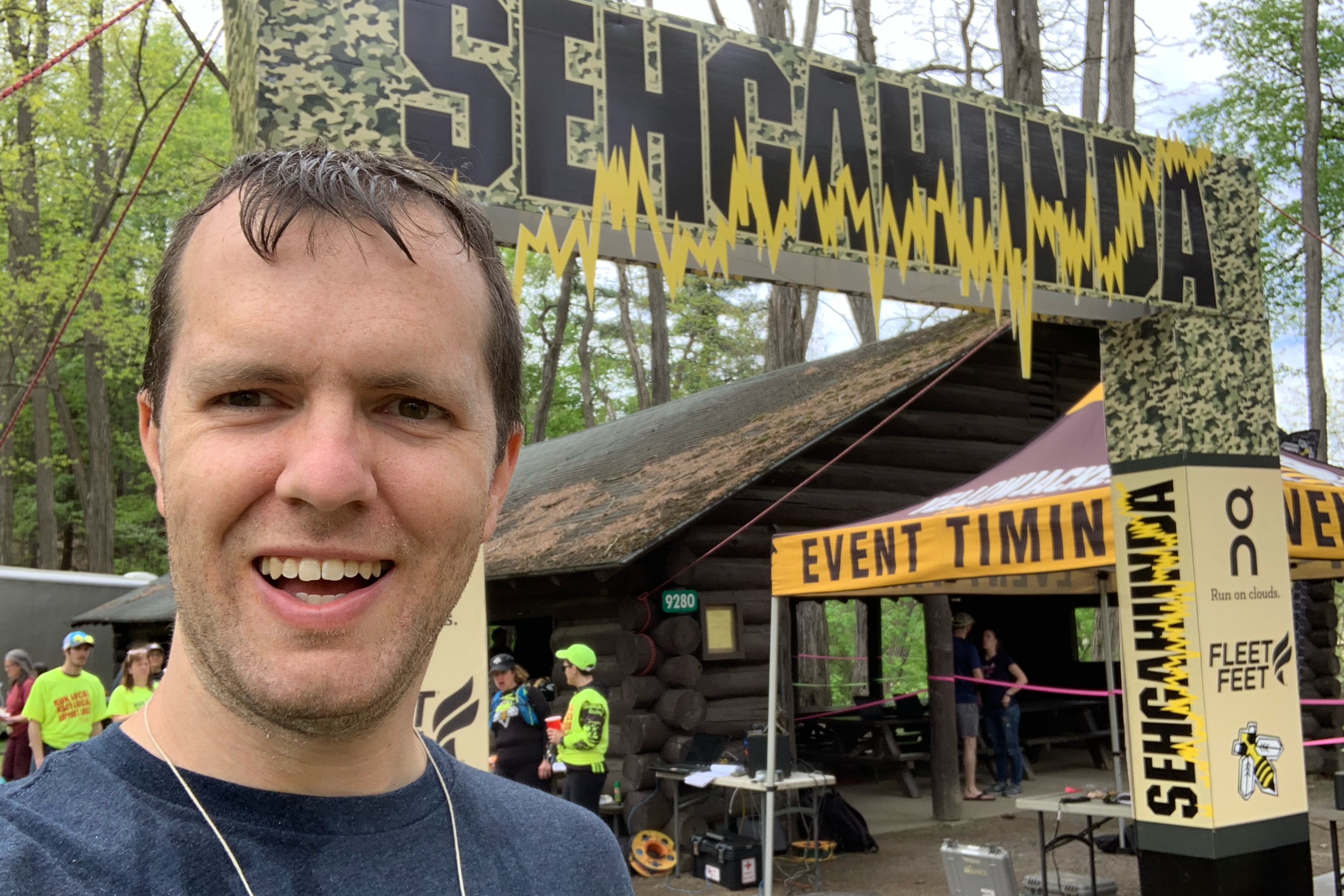 On Saturday I ran the Sehgahunda trail marathon through the hills (and mud) of Letchworth State Park. I finished the race with a time of 6:46:04 good enough for 152nd place. The was my first marathon on trails, and while I expected plenty of climbing, the mud turned out to be the bigger obstacle.

The run started off well enough, and was uneventful for the first mile. The mud started in mile two, and by mile three had a few sections where the mud was so bad it was better off to walk. I ran some of these same trails in Dam Good race last summer when the trails were in much better condition. Around mile five I tripped and fell. Inexplicably, the area where I fell was perfectly dry and I managed to stay upright the rest of the day despite much more difficult terrain ahead.

Turning off of the main trail to go to the checkpoints was the most difficult part of the course. The first two checkpoints were steadily uphill, and while not all that steep, the mud was thick enough that they were impossible to run. In fact even on the way down many of these sections had to be (carefully) walked. Being unable to run a gradual downhill hints at how bad this mud truly was. I reached the first checkpoint (6.1 miles) in 1:15 and the second checkpoint (8.6 miles) in 1:53.

As the longest section between checkpoints the 6.8 miles between two and three looked on the map to be the most difficult section. Instead it turned out to be the nicest part of the course. There were a few steep hills, but the mud in this area was minimal, and the trail was largely runnable. After another muddy climb to the checkpoint I reached 15.4 miles in about three and a half hours.

The run to the next checkpoint was short, but the downside of that is that a greater percentage of time was being spent on the muddy climbs to the checkpoints and less on the main trail. Around mile 18 was the steepest section of the main trail as this section had a mile and a half the mostly went straight down and straight back up.

The climb to checkpoint six at mile 21 was probably the steepest part of the course. It wasn’t quite as muddy as the other checkpoints, but the long climb combined with the fact that I was tired from running so far made it challenging.

The final three miles consisted of one mile of dirt road, followed by two miles of a flat path. These really should have been a section to push the pace now free from the mud and technical terrain of the previous 23 miles. Unfortunately I had already been on the course for over six hours at the point, and didn’t really have anything left in my legs and had to run/walk my way to the finish.

Next week I will be running the Buffalo Marathon where the will be no mud, and the biggest hill will be a highway overpass. Hopefully my legs can recover in time.