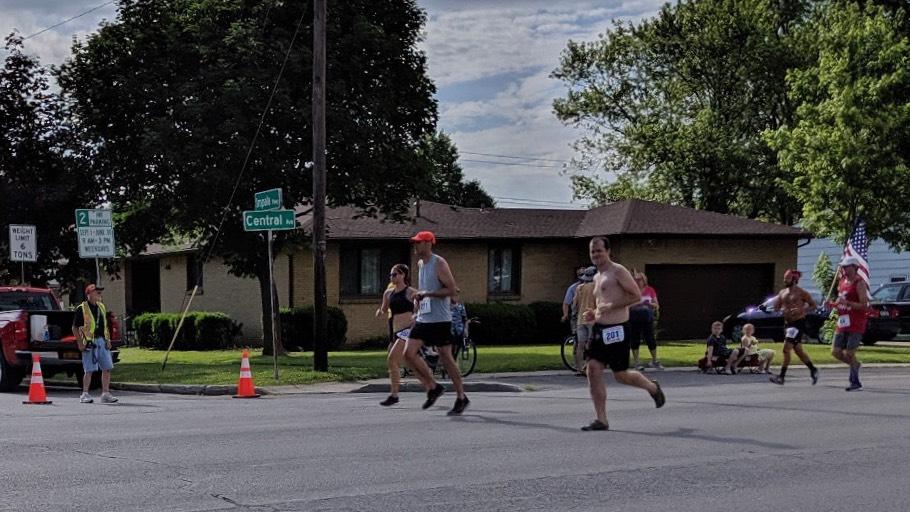 On Thursday morning I ran the Lancaster Fourth of July 10k for the ninth year. I finished in 58 minutes which was slower than last year.

This race is always far too hot, and this year was probably worse than normal. I ran the first mile in 8:04 at which point I realized that my hope of a sub-50 time wasn’t going to happen. After the second mile, any thought of going fast had mostly faded away, and I slowed down to a long distance pace. In fact my first two 10ks in the Buffalo Marathon were pretty close to what I ran here.

I finished the first 5k in a bit over 27 minutes, and even stopped for water once or twice on the way back. I kept things slow and steady until I was approaching the finish line.

My next race is the Dirt Cheap race in Webster Park next Wednesday.