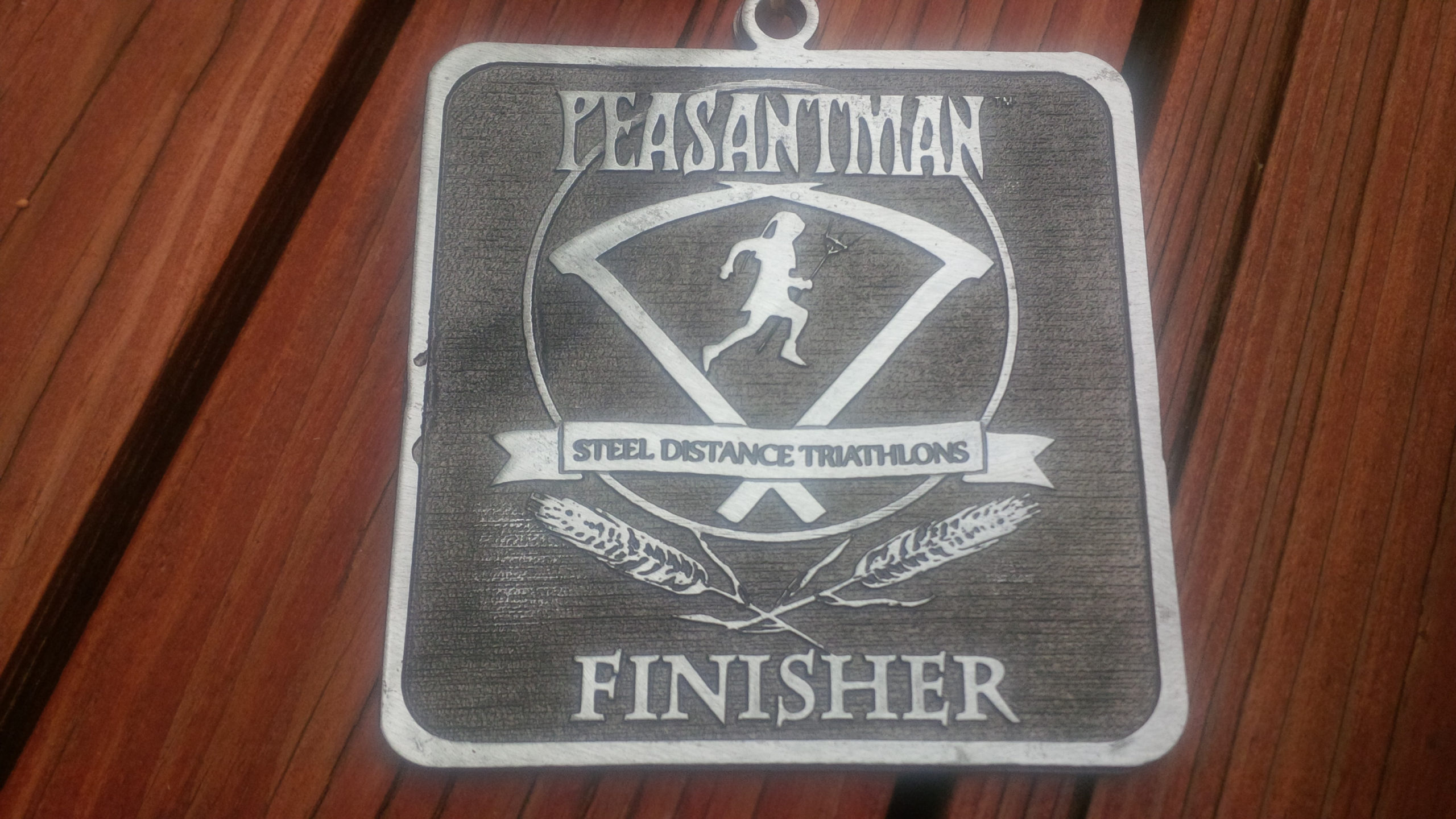 On Sunday I finished my first half distance triathlon at the Peasantman race on Keuka Lake. At a combined 72.3 miles, the race was two biking miles longer than your standard half-ironman race. Overall, I finished in 8 hours and 36 minutes.

The swim actually went very well. The distance of 1.2 miles is by far the longest I have ever swam, yet I was able to maintain the same pace that I did for the shorter swim in last month’s triathlon. While my time of 63 minutes was no where near the fastest, I felt pretty good after finishing.

The 58 mile bike course is the farthest that I have ever rode on a bike, and consisted of two 29 mile loops. The first loop went very well, and although I don’t have an official split I think the first loop was a bit under two hours. Additionally the course ended with a rather significant downhill, so I got the unique experience of passing some motorcycles. The second loop started well enough, but around mile 34 I began to hit the wall. I struggled through until a water stop at mile 39 where I stopped a bit to get recharged. I was able to bike pretty consistently for the rest of the course, but I no longer had the same speed. Still I was at least quick enough to pass a few Amish buggies along the way. I finished the full 58 miles in 4 hours and 24 minutes.

Finally there was the run which is the one part of the triathlon that I am supposed to be good at. Unfortunately the course had very little shade, and after the first mile I was already worn out. Being beat up from the bike, and unable to get away from the sun I ended up walking a significant portion of the half-marathon. While my time of 3:05 was about an hour slower than I had been hoping for, given the conditions the run could have ended much worse.

Overall, I am now done with triathlons for the year, and won’t need to worry about biking or swimming until 2016. My next big race is the Rochester Marathon on September 20th, but first I have another trail race on Wednesday night.